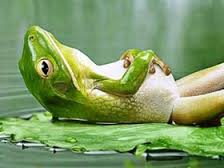 What is SIBO? I’m sure most of you that have a bloated stomach have found this acronym on the Internet. It stands for Small Intestinal Bacterial Overgrowth. It is the main cause of irritable bowel syndrome heartburn, nausea and can cause leaky gut.

Before I can explain what SIBO is, I need to explain how the intestines work.

The parts of the intestines are the esophagus (food pipe), stomach, small intestines (where food it is digested and absorbed), and the large intestines (waste products from food and water is reabsorbed). When you eat, the food travels quickly through the esophagus into the stomach. The stomach acid helps break down food and kills bacteria on the food you eat. The food then moves slowly into the small intestines for further digestion and absorbed nutrients into your blood. Not all foods can be processed or broken down by humans. Humans cannot break down certain carbohydrates such as cellulose which is contained in plant food. This is commonly called roughage. The large intestine, as I said before, absorbs water and put the finishing touches on the waste that will be eliminated. After you eat, approximately every 90 minutes, the small intestines produce a strong repetitive moving wave that’s often called the housekeeping wave. It’s responsible for cleaning the small intestines, pushing the left over undigested material into the large intestines.

Anything that reduces the flow of food through the small intestines can cause SIBO. Mechanical blockage from scar tissue, nicotine use and food poisoning can start the process. Research has shown that food poisoning and simple stomach flu can set up your small intestines for SIBO in the future by damaging the nerves that control the housekeeping wave. Other factors such as low stomach acid, digestive juices from the pancreas and bile. If not in sufficient amounts the bacteria cannot be normally killed off. Also, with poor digestion of food, the bacteria have more food to eat and cause gas. Diets high in simple carbohydrates makes this situation worse, more gas produced leading to more bloating. Gluten also has a part to play in SIBO. Gluten is a protein however, there is simple carbohydrates in the foods we eat with gluten. The gluten itself can be an irritant to our intestines.

Unfortunately, the diet alone won’t solve the SIBO problem. This requires the use of herbal antibiotics and a special diet which is called a FODMAP diet. The food in this diet is a low fermenting food. I should’ve mentioned earlier that the bacteria ferment cellulose and simple carbohydrates. The fermentation is what causes gas. The other concern is to establish normal intestinal flow of the food, housekeeping wave.

There is a lot to consider when solving the SIBO problem. As with all medical conditions SIBO is a name/ diagnosis. The underlying cause of SIBO must be determined in order to eliminate it. Sounds like functional medicine to me.

Supercharge the good bacteria in your stomach

One of the 1st things that breaks down in getting a leaky gut is...

Why do I have diabetes, heart disease, autoimmune disease, ect.

You know the name of the disease but how did you get it? The research...

Are you struggling with Health Problems?

Are you struggling with health problems and the doctors don’t have an answer for...

The attack of autoimmune diseases

There is an attack of autoimmune diseases in the United States and worldwide. The...

We All Need Each Other’s Help

Everybody needs a community. Research shows that the risk of chronic disease and mortality...

The answer to rising healthcare costs

It’s well documented that 70 to 80% of our healthcare dollars are spent on...

If you’re confused about what to eat and what not to eat you’re not...

Macular Degeneration   Macular degeneration is now the number 1 cause of blindness in...

The Functional Medicine Approach to Treatment

Functional Medicine identifies health as a positive vitality, not merely the absence of disease,...

The Other Thyroid Disease

What Is Leaky Gut?

Before I can explain what leaky gut is, you need to know a little...

Toxic environment has been one of the central themes in my emails related to...