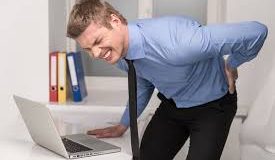 It’s estimated that 80% of the adult population have lower back pain. Back pain is at least as prevalent as the common cold. If left untreated common cold lasts for 7 days. Untreated lower back pain often undermines the economy of the whole family. According to the Journal of the American Osteopathic Association in 2006 […]

Functional chiropractic?  If you’ve been following my email articles, everything I talk about is functional? The first time I was introduced into this term functional was when I was studying sports medicine. Along with the standard orthopedic and neurological testing we learned functional testing. What’s the difference? Actually there’s a very big difference. Standard […]